Logistics and warehousing were the winners with the most jobs committed with 960 new jobs.  Information technology came in a close second with 700 jobs. 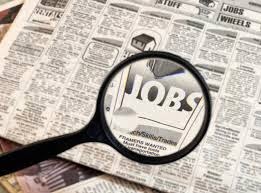 Some notable second quarter wins for the area include:

ULTA, Inc - nation's largest beauty retailer announced plans to locate a fulfillment and distribution center in Greenwood adding up to 537 new jobs by 2018 with a $51.6 million in capital investments.

Walmart - announced plants to locate an e-commerce fulfillment center in Plainfield, creating up to 303 new jobs by 2016.

Interactive Intelligence - announced plans to expand its headquarters, creating up to 430 high wage jobs by 2016. This growth goes along with construction of a new 112,000sf office building estimated at $28million.

TOA, LLC - Metal stamping and automotive suspension parts manufacturer with operations in Mooresville announced plans to expand operations and create up to 220 new jobs by 2015.

Beck's Hybrids - Nation's largest family-owned seed company announced plans to expand headquarters, production, research and distribution operations creating up to 100 new jobs by 2017. They will also invest $60 million to renovate and equip its current location in Atlanta, IN.