Did you know that the Indiana War Memorial Plaza Historic District is second only to Washington D.C. in acreage and number of monuments dedicated to veterans.???

There are two museums, 3 parks and 24 acres of monuments, statues, sculptures and fountains right in the heart of downtown Indianapolis.  The War Memorial Commission primary mission is:  to commemorate the valor and sacrifice of the U.S. Armed Forces and especially to honor Hoosier veterans and Indiana's role in the nation's conflicts. 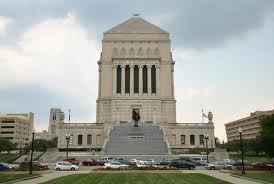 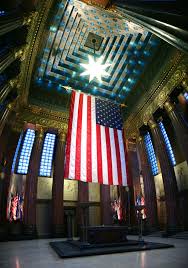 The Indian War Memorials Foundation just launched a "Bricks of Remembrance" program to memorialize veterans. Each brick will be engraved with the name, rank, branch and dates of service and will be placed at Monument Circle. They will encircle the Soldiers and Sailors Monument.  You can contribute to the placement for $100 tax-deductible for each brick.  They will be installed on a quarterly basis.

My dad served on a submarine during WWII.   My uncle was a prisoner of war and survived the Bataan Death march in the Phillipines.  My father-in-law served during the Korean War and even brought home shrapnel in his back.  Such service and sacrifice for our freedoms is worthy of our attentions every day.