Fort Benjamin Harrison - then and now

My two distinct memories of Fort Harrison when it was still fully military are that you absolutely did NOT speed anywhere on their facility and that it had some of the most beautiful property in the city.  It was patrolled by Military Police and you WOULD get stopped. The golf course had a killer reputation, if you could get an invitation from an officer to play and the homes on Lawtons Loop were gorgeous.

The official name is Fort Benjamin Harrison and was an U.S. Army post on the NE side of Indianapolis named after President Benjamin Harrison since this was his hometown.  The Fort saw it's highest level of activity during WW I&II.

In 1947 the Army declared it as surplus property but did not completely close the facility due to the lack of adequate training space for the National Guard.
1948-50 it functioned as the Benjamin Harrison Air Force Base.
1970's-1995 it was location of the Interservice Postal School
1987 - site of Athletes Village for the 1987 Pan American Games

Fort Benjamin Harrison was closed as part of the 1996 Base Closure and Realignment Commission. The site has been redeveloped and now includes residential neighborhoods, a public golf course and Fort Harrison State Park.

Although the base was officially inactivated, there is still a significant military presence. The Defence Finance and Accounting Service, several Army Reserve and Indiana National Guard units, Post Exchange and Commissary are still located on the grounds.

Former officer housing and barracks have been rehabilitated for private use.  Since much of the grounds were kept in a natural state during the Army's stewardship of the base, it was an easy transition to turn those grounds into a State Park. 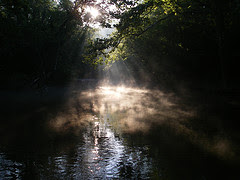 Fort Harrison State Park has year round activities.  It has one of the biggest sledding hills in the area.  You can also enjoy cross-country skiing on one of the parks nature trails.  If fishing is your thing, you can "break the ice" in the winter or sit on shore when it warms up.  The park has 1700 acres of walking and jogging trails, picnic sites, fishing access to Fall Creek and 2 national historic districs.  There is also an interpretive center and a saddle barn.

Having a state park in the capital city makes it easily accessible to more people.


Posted by Indiana Resource Center at 10:08 AM