Indiana Housing Data - for all you stats nerds....

Indiana Housing Data - for all you stats nerds..... 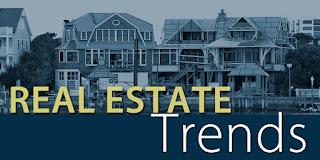 (INDIANAPOLIS, IN) – Indiana REALTORS® have closed the books on November, today releasing their summary of existing-home sales – single-family, townhomes, condos, and co-ops included – from the second-to-last month of 2018.

Prices increased year-over-year, just as they have done every other month of 2018 so far and for the last 84 months in a row. Statewide, the median sales price of homes is $156,700, a 5.9 percent increase when compared to November 2017. The average sales price is $187,607, a 6.8 percent increase from the same month last year.

Sales also increased year-over-year. Statewide, the number of closed home sales increased 2.5 percent to 6,947. Year-to-date, sales are up by 1.2 percent from the same point in 2017.

“As predicted, October’s increase in pending home sales led to a strong November,” said 2018 IAR President John De Souza of South Bend. “November’s decrease in pending sales may point to less homes sold in December, but that wouldn’t be surprising given that winter has arrived, and inventory remains historically low.

“The best news in this report is that prices are still on the rise, which is good for consumers and communities,” continued De Souza. “For those serious about buying or selling, we’d encourage them to not be discouraged by the cold weather. There’s great opportunity when it gets cold because consumers are typically more motivated.”

Posted by Indiana Resource Center at 11:55 AM