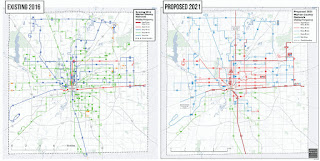 The transit plan begins with implementation of Indy Connect, a multi-county transit vision for Central Indiana.  Marion County has made a significant investment in the existing bus network and wants to develop 3 rapid transit lines on high ridership routes.

Legislation has been passed by the State giving some counties a new funding mechanism for transit by calling a referendum. The plan for Marion County assumes passage of a referendum in 2016 at .25% income tax ($.25 for every $100 earned) with new funding available in 2017.

Having an efficient mass transit system is a big step in moving Indy forward toward competing with other cities for businesses and making a positive impact on housing, employment, mobility and millennials.

More details on the entire plan, schedules and passes can be found HERE