Signs of the housing market rebound???? 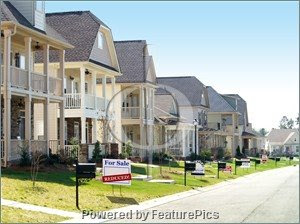 Indianapolis - The newly poured concrete on a Fishers home is the foundation of the Riddick family's future.
"This is our opportunity for us to start fresh," said Andrew Riddick, new home buyer.
According to second quarter statistics on new home sales, other would-be home owners may be figuring out the same thing. The government says last month, new US home sales rose by the largest amount in nearly nine years at 11 percent.
"I think it shows the market is starting to come back. We've certainly hit bottom and buyers are starting to see it is the time to buy," said Curtis Rector, Arbor Homes.
Curtis Rector, who is the owner of Arbor Homes, says the numbers are even better in central Indiana.
"We were up over 20 percent in Indianapolis," he said.
Rector says he's seeing a lot of first-time home buyers in their mid-twenties and early thirties, some single, some newly married.
"The $8,000 tax credit is having an impact on new home sales and it is good," Rector said.
"We have an opportunity to build a new house, where in Virginia this wouldn't be happening. The economy there's a lot different," said Riddick.
Some potential home buyers aren't waiting for the bricks and mortar to be laid, instead choosing an already existing home. The Metropolitan Indianapolis Board of Realtors says more than 6,700 homes have sold in central Indiana during this second quarter. The average price is almost $140,000.
"I think it shows we've hit the bottom of the housing market and we are rebounding," said Rector.
For Andrew Riddick and his family, it's about settling into life as Hoosiers.
"We can't think of a better place to be for our family," he said.