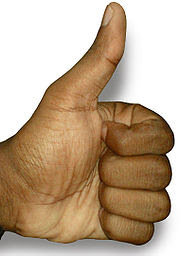 Nestlé USA is seeking a tax abatement on equipment for an expansion at its Anderson (NE of Indy) facility. The company says the initiative will create approximately 100 jobs. Our partners at the Herald Bulletin report The Anderson City council will meet Thursday and consider setting a public hearing on a 10-year abatement request for $200 million worth of equipment.

Hamilton County (north of Indy)-based Beck's Hybrids has begun building and renovating its new Foundation Seed Facility located near Sharpsville. The company purchased the former Adler Seed plant just south of Kokomo earlier this year for its new seed drying, cleaning and conditioning facilities. President Sonny Beck says research has always been a focus and this is the next step in the growth of the company.

Biotech Start-Up Looking to Expand Work Force
A start-up developer of nanosurfaced implants and nanostructured biomaterials at the Purdue Research Park in West Lafayette will create up to 42 research and development jobs over the next few years. Nanovis LLC has begun initial testing of a bone regeneration technology with the help of a $2 million grant from the state's 21st Century Research and Technology Fund, but will need to expand its work force as the company moves into commercialization. Nanovis says its technology represents a potential breakthrough for sufferers of osteoporosis and other bone disorders.

....complied from Inside Indiana

Posted by Indiana Resource Center at 11:32 AM